Blu has been out for a few years now and has honestly put ecigs in the social mainstream more than any other vaping device. Thanks to a well-known spokesman and highly effective commercials – (in which all ecig vendors need to be thankful for) Blu was a massive contributor and helped the electronic cigarette realm get noticed.

PROS
CONS
User Rating: Be the first one!
back to menu ↑

Blu has been out for a few years now and has honestly put ecigs in the social mainstream more than any other vaping device. Thanks to a well-known spokesman and highly effective commercials – (in which all ecig vendors need to be thankful for) Blu was a massive contributor and helped the electronic cigarette realm get noticed.

But does a well done commercial and a gimmicky blue tipped ecig really help make a better e-cig? That's ultimately in the eyes of the beholder, but after getting our hands on this starter kit we were as skeptic as much as the next person in whether or not these things would actually make an impact.

That was six years ago, and there is no doubt Blu knew they had an amazing product and they made every attempt to get it out to the masses. And as a vaper I am truly thankful! Blu came out in 2009 and has never looked back. Incredibly they have never divulged from their original idea and instead of expanding into more robust and bigger devices they simply took their idea and improved upon it. With that mentality, Blu has made it's way into the foundation of modern e-cigs.

I was able to get around two hours of uninterrupted use before I noticed a decrease in vapor output – typical with a device of this type. Nevertheless, the overall daily use was awesome thanks to the authentic tobacco flavor (the cherry is their best flavor in my opinion) and the smooth throat hit that was consistent throughout. The simplicity of charging and replacing cartridges was a huge plus. The battery could be a little better, but thankfully they do offer a bigger battery, especially useful for heavy smokers. Light smokers will have no issues with the standard battery.

Overall this starter kit is what any new vaper needs to get going in the right direction when in comes to eliminating tobacco cigarettes from your daily routine. For anyone first starting out with ecigs it's vital that the first couple devices you try, at best, give you hope that they will work for you. This kit does just that!

Blu has raised the bar extremely high for new vendors trying to enter this market. And honestly, they will have to reinvent the wheel to surpass these guys. My experience with the Blu starter kit was truly above and beyond what I expected as I thought this was just another ecig vendor who just happened to have enough money to pump out a commercial or two and hire a celebrity as a spokesperson.  Well, they did but thankfully for people who are really looking for a better solution, Blu provides a solid gateway device that makes a big impact. The only drawback was that the vapor was not very impressive, but for a light smoker, it should be enough. A heavy smoker would probably not be satisfied with the vapor production. 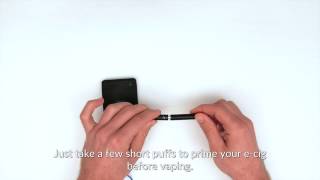 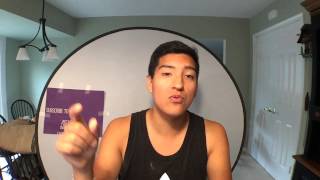 Visitors of this site must be of Legal Smoking Age to buy and/or use electronic cigarette products!

We are looking for skilled reviewers and e-cig users to help us with reviews and articles. If you are interested, please contact us

The information on this site is not and should not be considered medical advice. We are not medical professionals. Please talk to your doctor about any concerns or questions you have about your health. The articles on this site were written by both professional and non-professional writers and the content within is subject to opinion.

We are grateful to be of service and provide you valuable information at no cost. To do this, please be aware that when you click hyperlinks and buy products, in many (not every) instances we may receive some sort of affiliate compensation. Your support in purchasing with these hyperlinks allows us to assist people who smoke to discover the information they are looking for to make the switch to the better alternative, electronic cigarettes.

California Prop 65 WARNING: Vape products may contain nicotine, a chemical known to the State of California to cause birth defects or other reproductive harm.